Being a rabid Trekkie and facing the prospect down the road of writing some good ol' space opera down the road, I recently went and took another swing at Star Trek: Enterprise.  (Now available on Netflix, thanks!  Because I'm *not* gonna buy it!)  My first run through, it just didn't grab me.  But it's been long enough since any new Trek and it's going to be until next summer before we get another one.

[Star Trek: Into Darkness Trailer, by the way - to be released on my birthday.  How cool is that?  http://www.wired.com/underwire/2012/12/star-trek-trailer-2/   ]  Of course, Sherlockian Benedict Cumberbatch already gets my vote.  Looking forward to this one!  Is he Kahn?  Gary Mitchell?  John Harrison, maybe, but is that an alias for someone we already know?  I've heard all sorts of rumors, but they're not telling us much, are they? 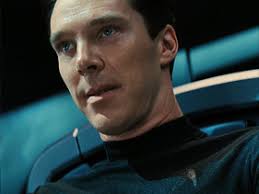 So...mixed feeling about Enterprise.  There's a lot I like: Scott Bakula, Jolene hubba-hubba Blaylock actually doing a pretty good Vulcan, Porthos - because I'd totally take a dog if I were going into space.  But there are a lot of pitfalls.  Lots of rehashed plots that weren't that engaging the *first* freaking time around.  Some slow pacing and lazy writing.  A few gratuitous tag-backs that fall into both the good and bad category.  There are some pretty good stories, and some that required judicious use of the Fast Forward button.

Season Three is ramping up nicely, though it took a bit of a grind to get here.  Less than otherwise, because of the skipping forward.  It's getting action-based, but with some serious character development.  Curious how the rest will go.

Also, I tripped over the coolest site, looking for reviews.  Reading and debating opinions on each episode (in my head) was almost more entertaining that the original show. 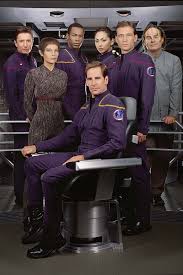